What's been happening in the world week #3

I hope you have all had a cracking week!?

Whilst we’re on the subject… remember the egg that beat Kylie Jenner to become the most liked Instagram photo? Well it looks like it’s hatching! There are many theories about what’s inside - Donald Trump, the Kool-aid guy, Kylie Jenner herself... But whatever comes out in the end I think the most impressive thing is how the egg craze has continued to dominate social media for yet another week! 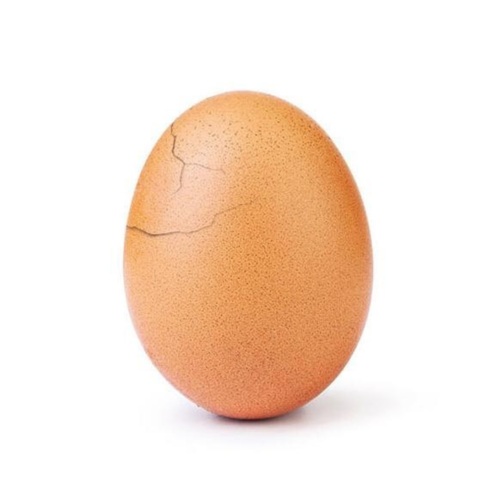 This week Glassdoor announced their list of the 25 Best Jobs in the UK for 2019. As you know, we recruit for many different roles, but one of the most regular that we see at Forward Role came in at No 3 on the list – Marketing Manager. Now I’m bias of course because I work with Marketing Managers every day and therefore already think it’s one of the best career choices, but in this case the numbers speak for themselves! Product Manager is also 4th on the list and another area we recruit for.

If you’re one of the many looking for a new job in the New Year, the job market is looking very healthy. This week the Office of National Statistics shared that the number of people in work increased sharply and wages rose at their fastest rate in almost a year – putting the UK’s unemployment rate at a 4-decade low of 4.3%.

The temp industry is also continuing to grow across the UK with £1.41 billion spent annually on the interim recruitment market. New stats reveal that 28% of this market are now women in manager’s jobs, which is up from last year. I have personally found the split to be much more equal in my markets, it seems there are still industries that need to put more focus into equality. As usual, the biggest growth in this market comes from construction but digitisation is also growing rapidly!

Google has been fined €50million (£44million) this week, by the French data regulator CNIL for a breach of the EU's data protection rules. This was due to an apparent "lack of transparency, inadequate information and lack of valid consent regarding ads personalisation" - eek! Google has responded to say that they will be appealing the fine but it'll be interesting to see who will win this GDPR battle.

In other news we have a very exciting week to look forward to next week, with the Oscars coming up! The UK has a huge presence there with a large number of nominations across the board including Richard E Grant. Great to have him back to his best!

I hope you all have a relaxing weekend and I’ll be back next Friday with more of “What’s happening this week?”

Paddy Wells is Contract Recruitment Lead at Forward Role specialising in marketing and communication roles. He can be found tweeting @forwardrole_pw and on LinkedIn.

Come and work for us